This was a rather unusual gig – playing live on the concourse of the Les Vernets hockey stadium in Geneva in February 2012. A heck of a lot of glass and concrete made for a challenging soundcheck. Interstingly, we mic’ed up the Mesa 4×12 in order to provide some foldback for the drummer and bassist. 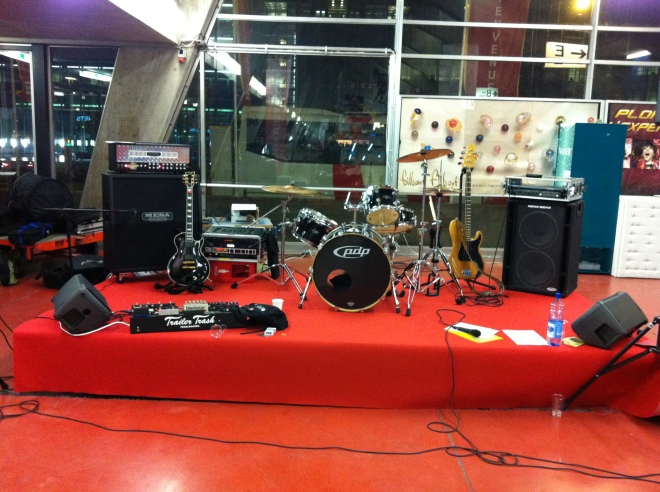 This rig is identical to the Festiverbant rig and comprises:

Again, in this setup, none of the pedalboard pedals are used, just the Musicomlab EFX for sending MIDI to the RJM Mini Amp Gizmo and TC Electronics G-Major 2 mounted in the 4U rack case.

The guitar is my current #1, an ESP Eclipse I CTM loaded with EMG 81/60 pickups.